The first two days of racing are done with the team showing some promising signs. The highlight was Rhys Gillett’s 8th in the Elite Men’s Time Trial, a particularly impressive result considering he only started riding again four months ago after a difficult 2015. A detailed report of this ride will be published in the next couple of weeks, but for now, here is an insight from the boys’ first official races in Van D’am p/b Butterfields colours.

Riders began to line up around 15 minutes before the start, all aware that on a hotdog course positioning would be crucial with the accordion effect. Riders at the front of the bunch would have a considerably easier ride while riders at the back would be yo-yoing, sprinting out of the corners while the front of the bunch was already 100m down the other side. However, something which would make the racing harder was a tailwind on the uphill and a headwind on the downhill just in case it wasn’t hard enough. The headwind on the downhill meant riders near the back would sling-shot around the riders in the front making up positions in swarms. This seemed to be the recurring story of the night as the hardest part was maintaining position up near the front as one lap you could be 5th wheel in the bunch and the next 45th. I finished in the bunch, disappointed as I felt good but just got caught out towards the end with the swarming bunch I found myself too far back. 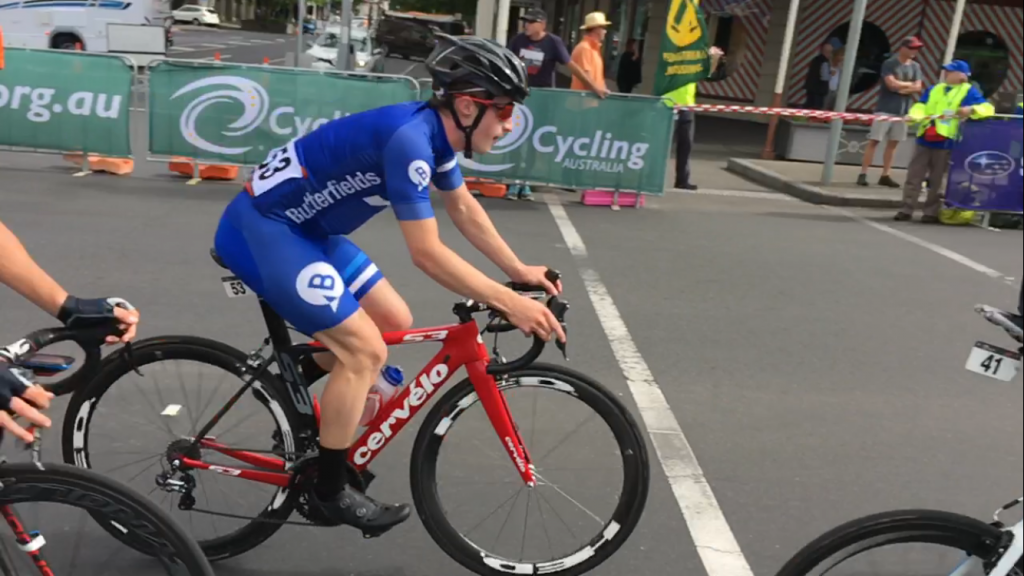 Cycling, a sport well known for ‘one percenters’ and ‘marginal gains’ making all the difference. Every single rider will have different quirky little rituals or actions that they believe will bring them ‘gains’. One thing that varies dramatically between riders is food, and it is very important for such and endurance based sport to fuel yourself properly.

I find it conflicting the morning of a Time Trial, fuel is needed for the race, but nerves seem to shut down all hunger drive and make my stomach turn. Yet a big breakfast is forced in anyway with lots of snacks to follow (and nervous bathroom breaks). Then as soon as the race begins all this is forgotten and all attention is directed to racing, to power numbers and line choice… until the race is over…and its time for lunch. 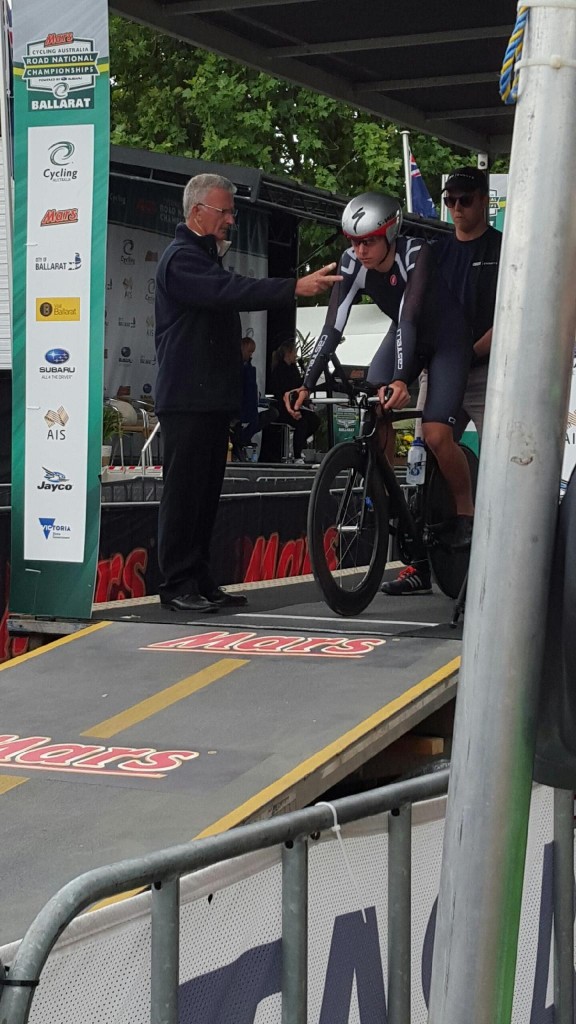 Elite Time Trial and CriteriumReport by Shaun O’Callaghan Two of three races down and if they’re anything to go by then Sunday is going to hurt a lot too. Wednesday night was the criterium around Sturt St in the city centre, the words before the race were ‘either win it or don’t finish’, not in some macho kamikaze style dive-bomb on the last lap into the bottom corner, but go out there and put myself in a position to have a break get away and stay away until the end.Alas Orica controlled the race perfectly and my three or so attempts never came to fruition. Thursday was shaping up for another hard day with a 40.8km time trial, this time it was all about experience. It’s not too often you get to do a 40km time trial so why not give it a shot, after all what’s the worst that could happen. The course was lumpy and draining, hard to hold consistent numbers but I still rode to my goal power and went sub 60 minutes which at the turnaround looked a close call. Positives have been taken from the first two days and hopefully after Sunday I’ll be able to sleep for as long I like. 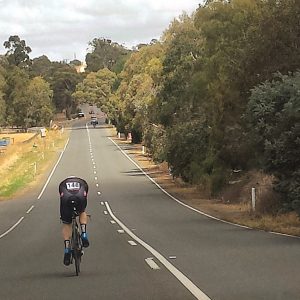