As mentioned in our most recent blog, Butterfields-Appselec p/b VDR Van D’am often makes a big deal about following best practice, and that includes making a big deal about fostering life skills off the bike through sport. Elite sport doesn’t often have a whole lot of perks, but if you work hard you can sometimes catch a lucky break and be afforded some amazing opportunities.

Along with being part of the leadership team with VDR alongside Jason Thomason and Rylan Dowdell, last year I was offered a position as club captain of Melbourne University Cycling Club which is based out of The University of Melbourne where I’ve just started a Masters of Spatial Information and Technology. This had followed my being invited in 2017 to join the University of Melbourne delegation to the Gaien Criterium in Tokyo, Japan, the final round of Japan’s intercollegiate cycling competition (a bit like a year-long University Games season). In Tokyo, I’d had the opportunity to meet the race organiser and was asked to speak briefly at a forum event the day before the race and also at the opening ceremony. Knowing that most of the 5,000 people listening have no idea what you’re on about didn’t make it any less nerve-wracking! 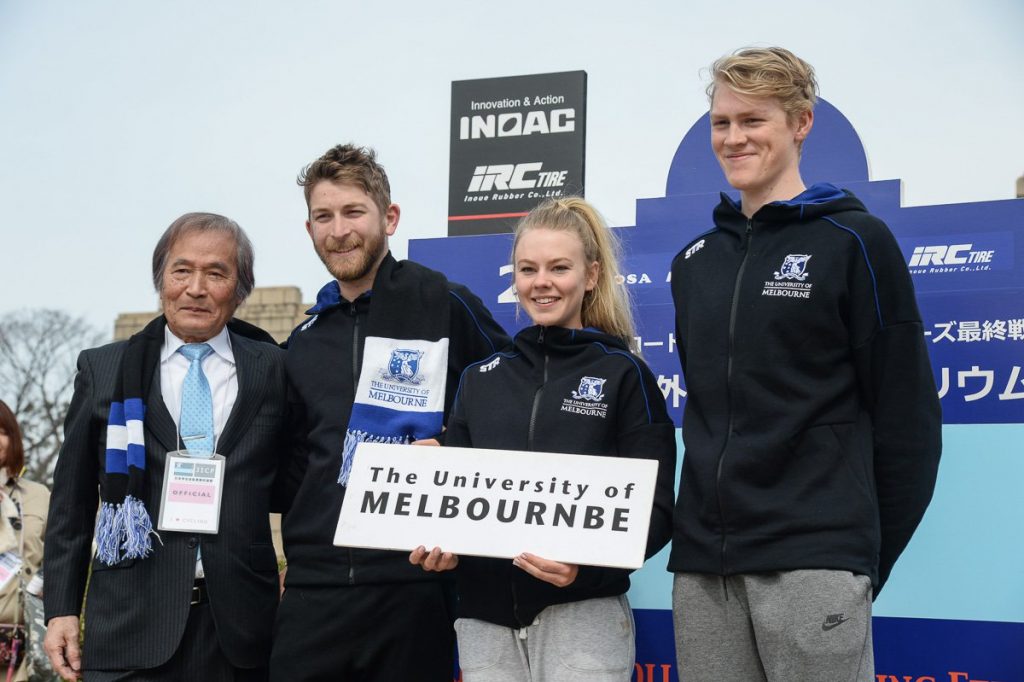 This time around, instead of just being part of the team attending, I was asked to lead the University of Melbourne delegation at the event and had a bit of a job to do – the day before the race, I was part of a panel speaking about the contrast between cycling infrastructure in Australia and Japan. I also met the champion-elect of that intercollegiate cycling competition, Daiki Magosaki, who rides for continental team Bridgestone in Japan. 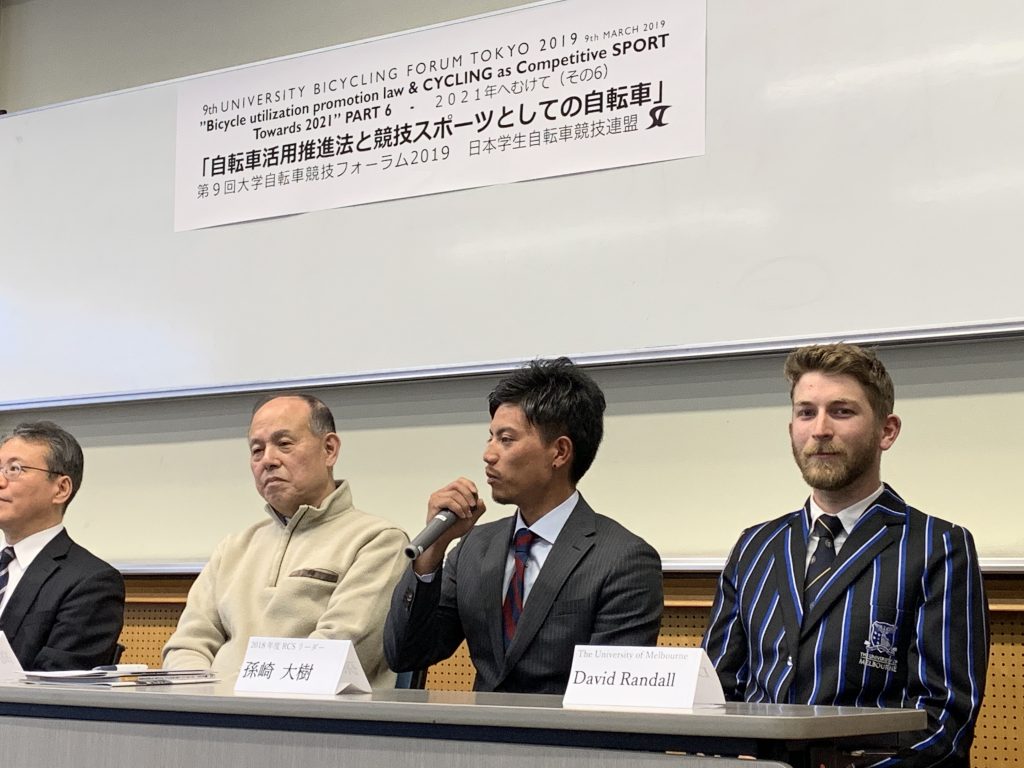 The race on Sunday was a classic technical crit course that started and finished on the oldest paved street in Tokyo. It might as well have been a 1-star cobbles sector in Roubaix – my teammate Tom Benton (who rides for InForm TM Insight MAKE in the National Road Series) flatted early on when he hit one of many potholes on the finishing straight, unfortunately leaving me alone against teams of 3, many of whom were keen to catch a bit of fresh air up the road. 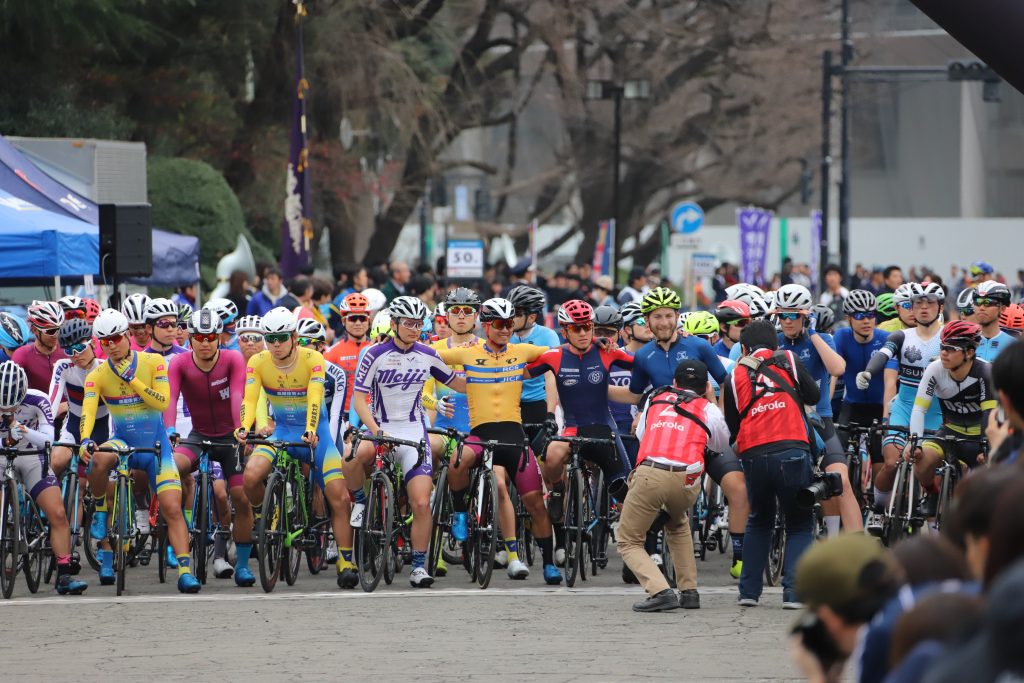 I tried a few times but never got away – could’ve been that Tom and I were collectively the tallest team in the race, or that we were the only internationals and therefore an unknown quantity for the locals who desperately wanted to win. 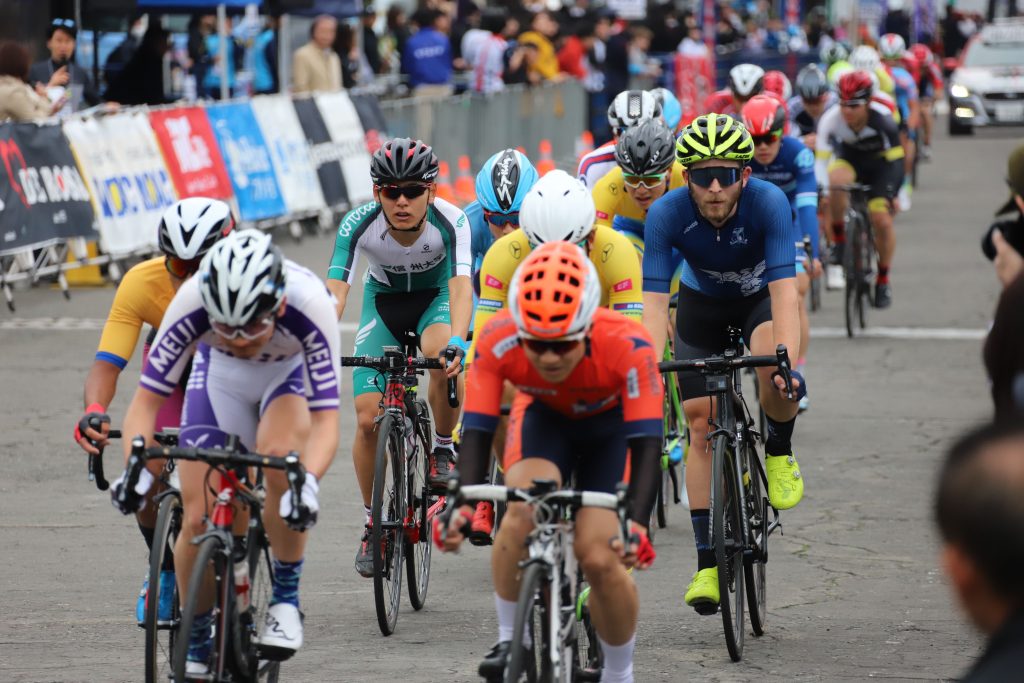 In the eventual final sprint, I struggled to hold position against the ultra-aggressive crit specialists , and after hitting the front straight somewhere around the top 10, then hitting another of those potholes and almost having my legs go that way and my head go that way, I crossed the line 8th, a positive result. 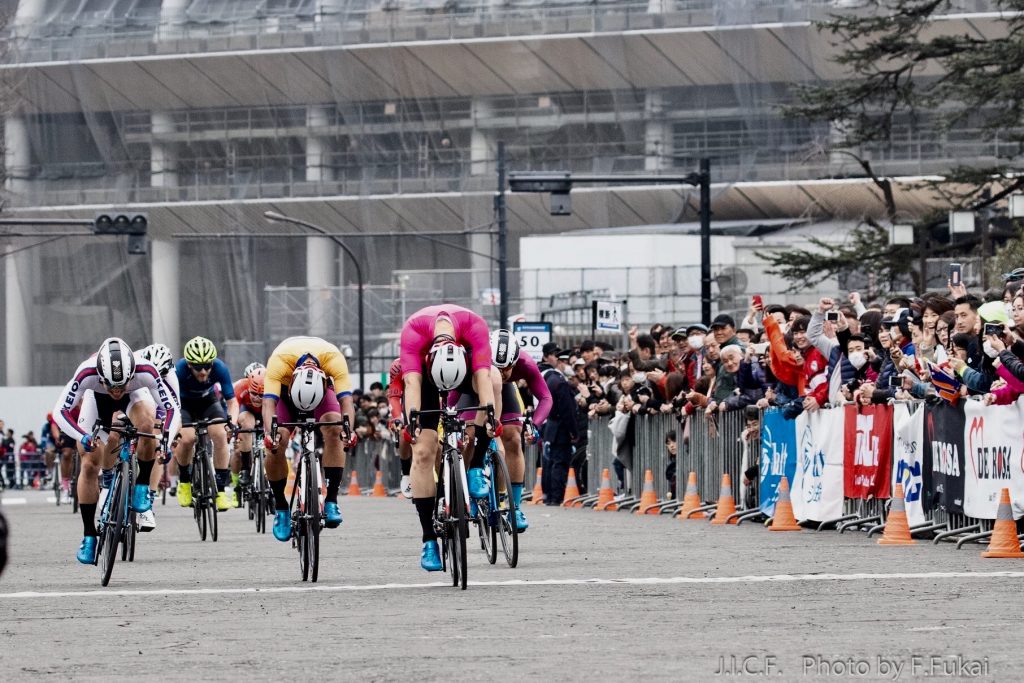 Though the traffic in Tokyo was generally pretty wild (and super busy), it’s a beautiful place and the food is next level. We did get to do a bit of a road trip one day for what was probably my favourite ride ever. 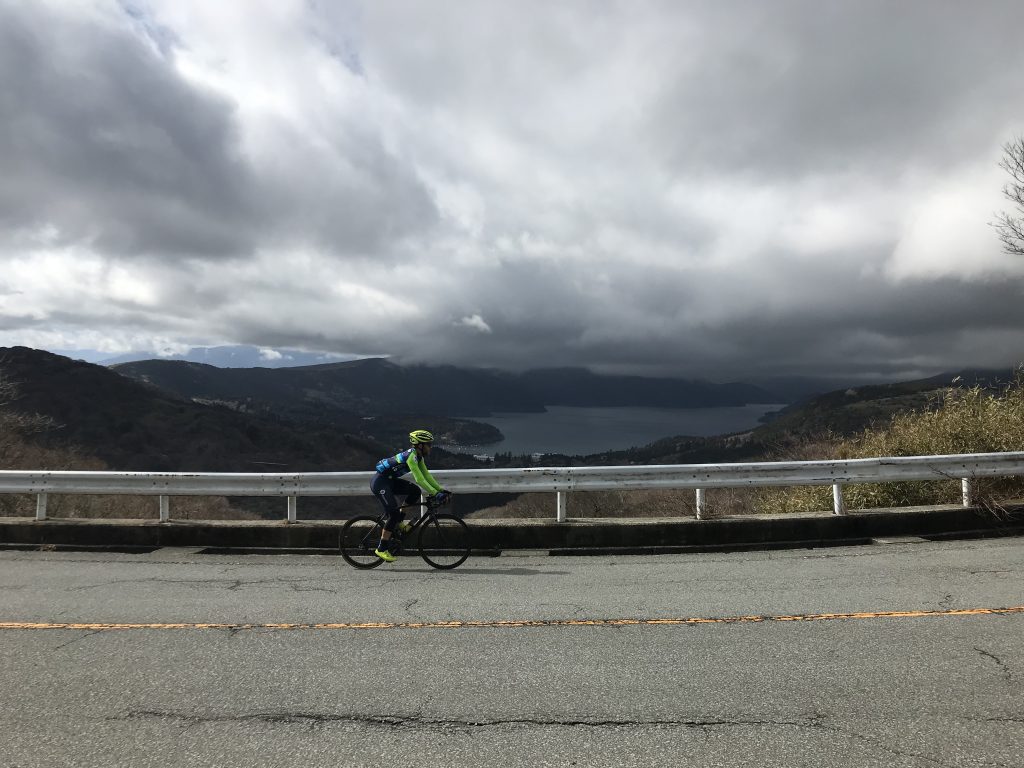 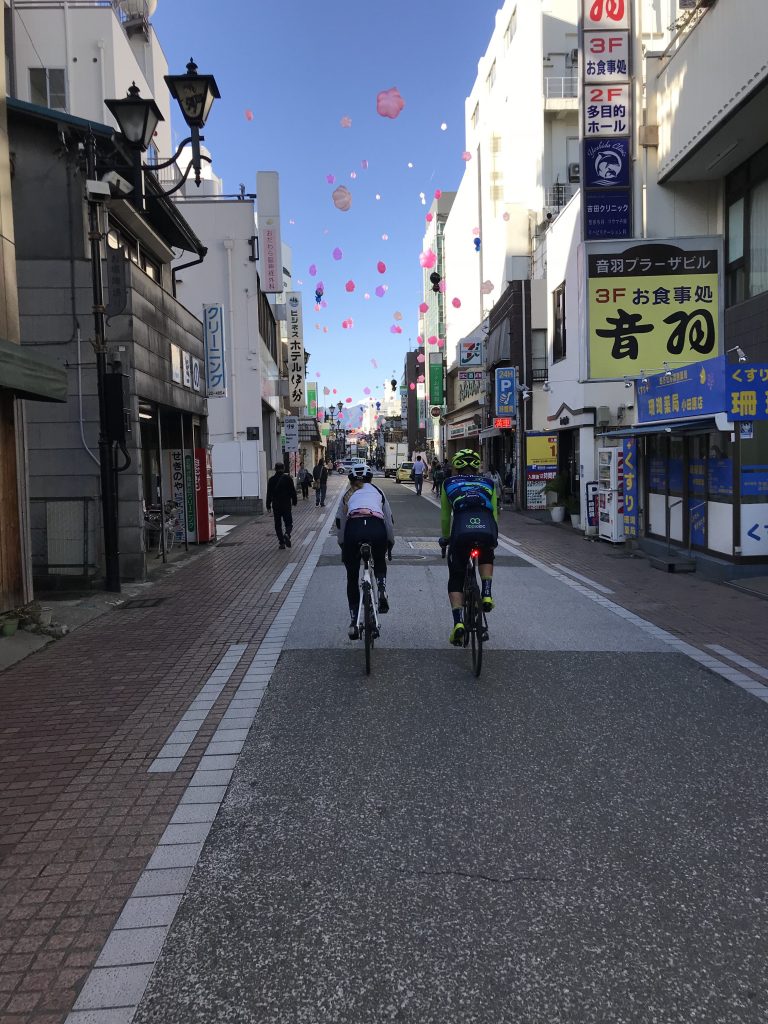 If there’s anything to be taken from this story (apart from holy cow how good is sushi and ramen when it’s made by trained chefs in Japan? And also if you’re designing a Strava route, look out for climbs with 2km @ 14% especially if you’ve only got a 39/25), it’s that investing time and effort in a positive way can really pay off. In my case it was time and effort learning public speaking, trying to become more confident in leadership and in running the social side of the cycling club, and representing and communicating with Melbourne University Sport as well as I possibly can. With any luck, that effort will pay off and we’ll hopefully be invited back to go better again and try to put the University of Melbourne on the top step in Tokyo! 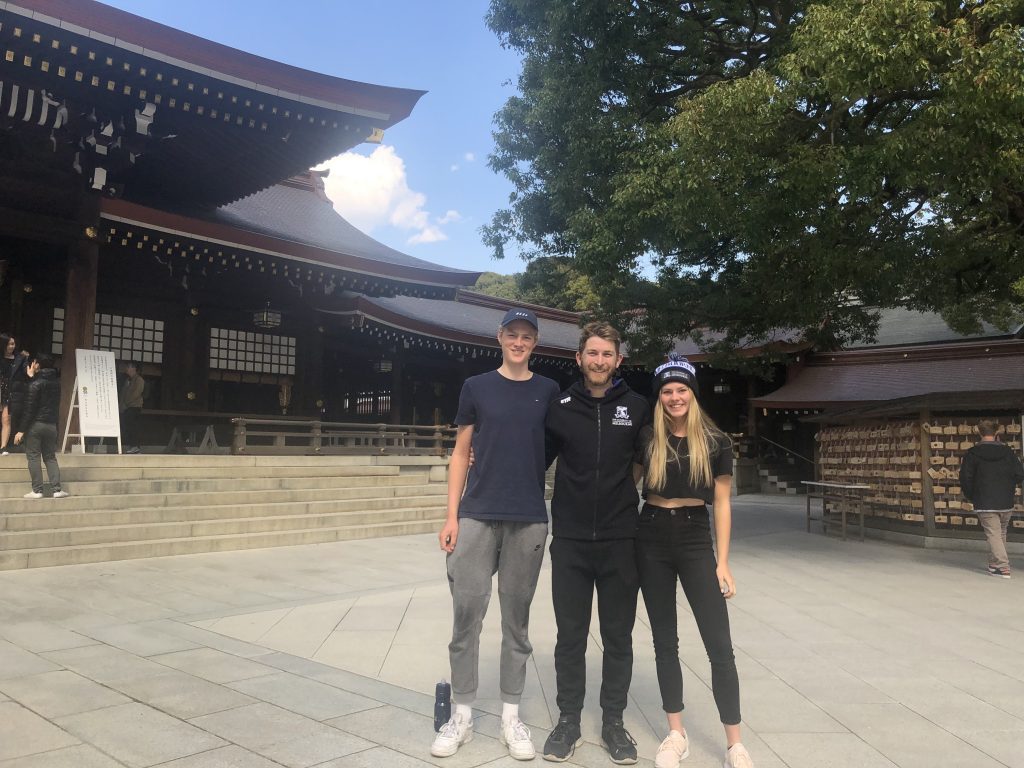