Stage 3 of the Mansfield Subaru Tour is definitely one for the climbers, finishing on Mount Buller, a 15.1km climb averaging 6.2%. The stage is relatively short at only 47km, but this can be just as brutal as those 100km days, especially when you have 2 stages already in your legs from the day before.

Heading into this stage we had a pretty similar game plan to Stage 2, and that was for me to save as much energy as possible into the base of the climb. Having a relatively young squad, including myself, this level of racing and responsibility is new to most of us.  Luckily enough, we did have some older, more experienced teammates showing us the way in Iven Bennett and Ethan Egglestone.

Coming into the climb, our big driver Iven Bennett took it upon himself to get all the boys in a line and sent it, taking us to the front of the race. Going into the pointy end of the race in 4th wheel with all the boys felt pretty good, and as the base of the climb got closer it got a bit more chaotic (but that’s expected when 80 riders all want to be at the front). The boys rode great and it worked out quite well as I hit the climb in the top 10 wheels. 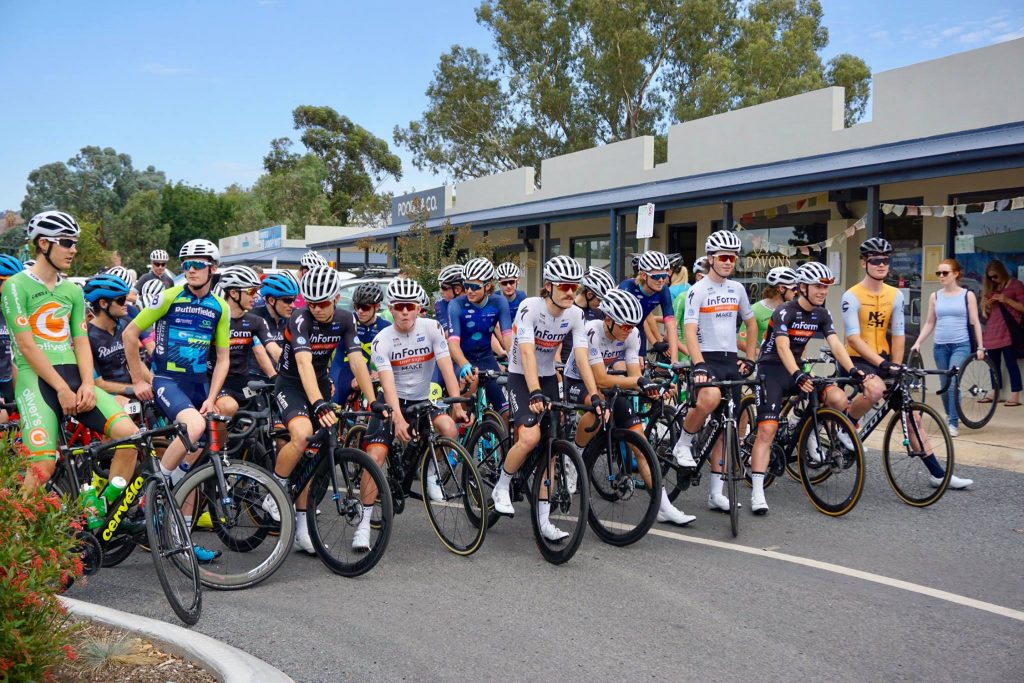 Oliver’s Real Food Racing quickly took control on the climb, pulling some powerful turns which quickly slimmed down the bunch, until the halfway point of the climb where the group was only around 15-20 riders. The big boys then started to play their cards and Jesse Featonby took off – this sadly meant I was put to the sword and was off the back, however, I put my head down and with another rider eventually made my way back to the front of the race.

The legs didn’t really enjoy this, so soon I was again off the back with 15 riders going up the road.  After a few minutes, I joined up with a few riders including Sam Bascombe, Raphael Freienstein and Rowan Dever, and I hung on as long as I could. Unfortunately, I hit a bit of a brick wall in the last 2km, and I couldn’t beat these few riders over the line. Though the tank was totally empty at the top, I was pretty happy taking 21st place on the stage in my first VRS A-grade race.

The Subaru Mansfield Tour was a great experience for me – being the first time I’ve ridden with the boys interstate as a team, it was always going to be a steep learning curve. I need to learn to race in the wind and to eat at 190BPM, but we also drew so many positives from the weekend. It was a great ride from the boys and I can’t wait for the next hitout!!

It was also pretty great seeing our old teammate Sebastian Presley absolutely stomping throughout the weekend, taking out 4th up Mt Buller and 5th overall for the Tour. Congrats mate!