CIC-Cervelo Super Series Round Up

The inaugural series for the team, and the latest incarnation of the South Australian team series has come to an end. The team had some great results and showed that we shouldn’t be underestimated. However bike racing is a sport full of ups and downs, with things not always going to plan. See below for a round by round recap of the racing. 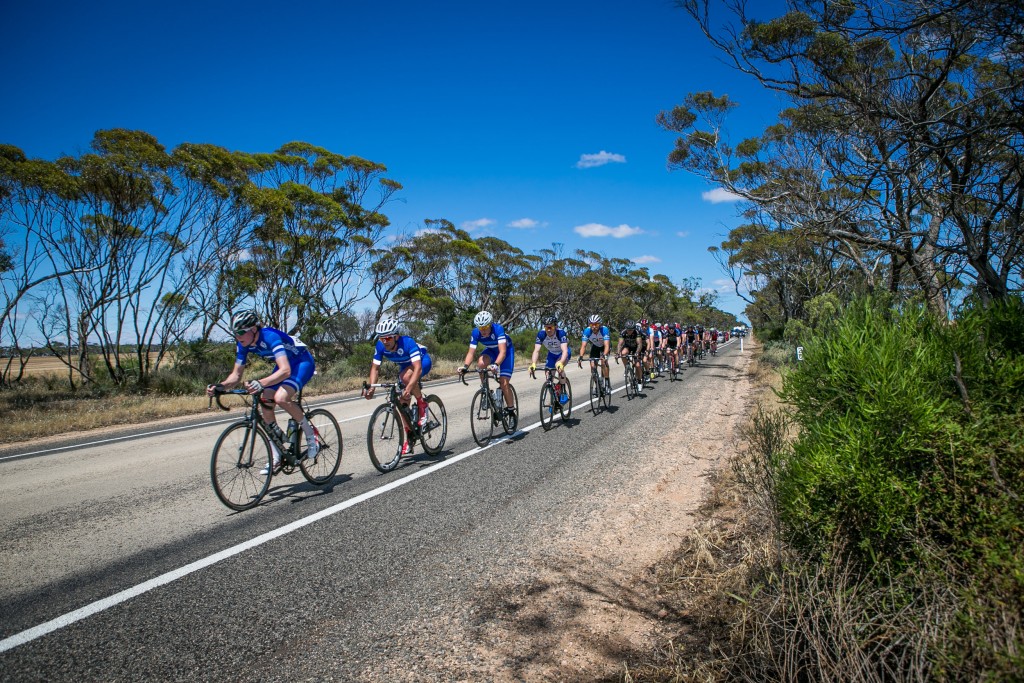 Round 1 – Almost the perfect start

With the series starting in November, it was always going to be a rush to get the kit in time. Thanks to Butterfields we were able to line up with fresh kit in the team’s first outing, even if it did arrive only three days before the series started. Shaun managed to slip into the break, which stayed away until the end. He came in a close second, being only centimetres short of the team’s first win. Cullum showed his bunch sprinting ability and came in first from the main field in seventh.

Round 2 – Shaun Goes One Better

Rounds two and three saw the team travel up to Wallaroo for the “queen” stage of the series. With double points on the line for Saturday’s road race, which featured over ten kilometres of dirt road, it was bound to be hotly contested. The team was keen to get Shaun into yellow, and worked hard to protect him in the crosswinds and to position him leading into the dirt sections. All went to plan with Shaun slipping away with three others towards the end of the second section. Read his full report here. 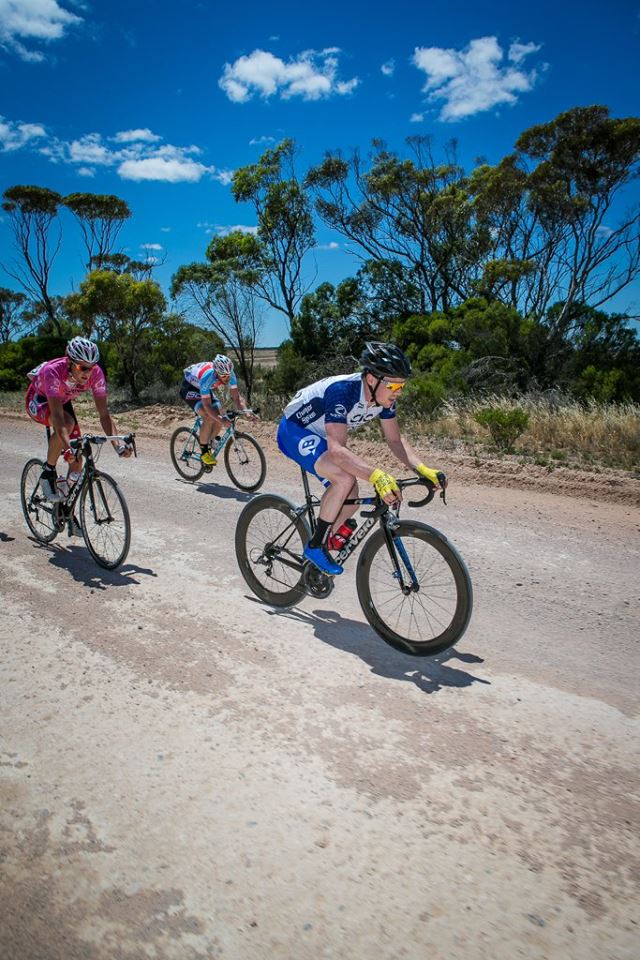 Round 3 – Things Not Going to Plan

With Shaun in yellow the team had its first jersey to defend for the year. The stage was a rectangular Criterium around the centre of Kadina. At first glance it seemed straightforward. But with a spoon drain, uneven surfaces and a collection of traffic furniture it made for some tight racing. The team was riding well, controlling the race and protecting Shaun. Unfortunately rider error from another team saw Tom and Callum taken out whilst riding on the front of the bunch. Shaun only just managed to avoid the accident. This left Shaun isolated for the rest of the race, and although he defended his jersey with pride he was unable to hang on to it, eventually going on to finish just outside of the top 10.

Round 4 – Things Not Improving

Round 4 saw Rhys Gillett join the team for his first official outing after being a late withdrawal from the previous rounds. The series also welcomed Rohan Dennis, who was guest riding for Team Lightsview. The race didn’t go to plan, with Shaun heavily marked a large break went up the road and we failed to place a rider in it. It would be Dennis’ team mate, the very experienced Russel Van Hout, who would get the win and in doing so became a serious challenger for the overall series.

Round 5 – Finally a Bunch Sprint

With the first four rounds finishing in breakaways, Victoria Park finally provided the series with its first sprint finish. Callum equalled his result from the first round coming in seventh, and Shaun was not far behind him finishing just outside of the top 10. 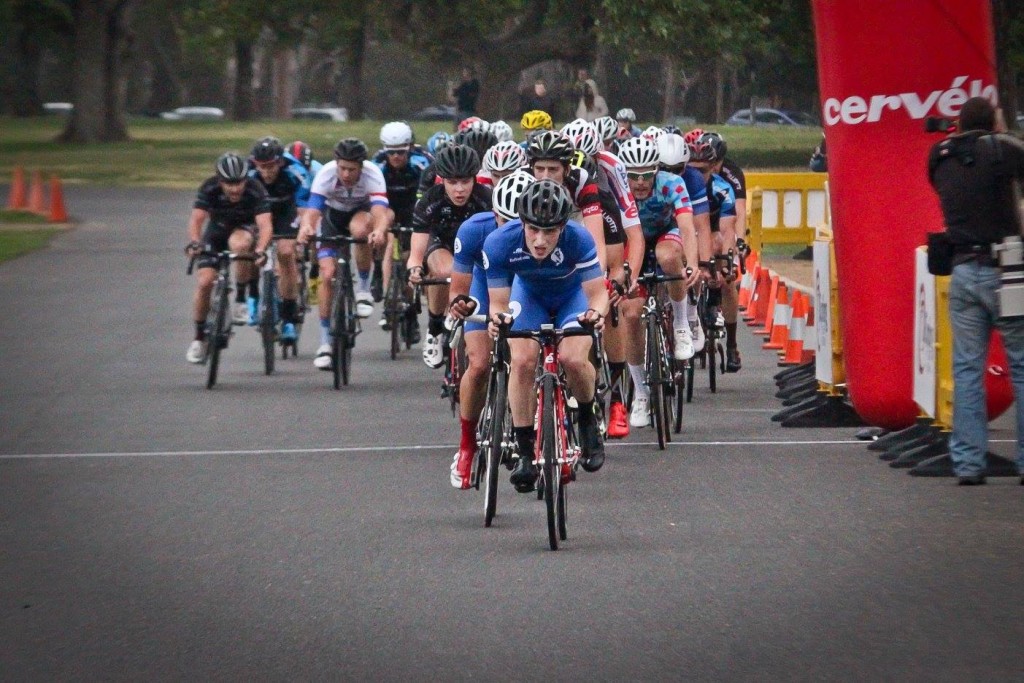 Another Vic Park criterium, and if you were just to look at the results sheet you could have been mistaken to think it was another bunch finish. However a breakaway of three managed to hold on with Shaun finishing within the top 10.

For round seven the team was very depleted with only the two U19 riders, Callum and Ethan, along with Team manager Lachie on the start line. The rest of the team were away at Nationals. With Ethan been forced out with a mechanical and things generally not going to plan this resulted in the only round of the series where the team didn’t score any points. 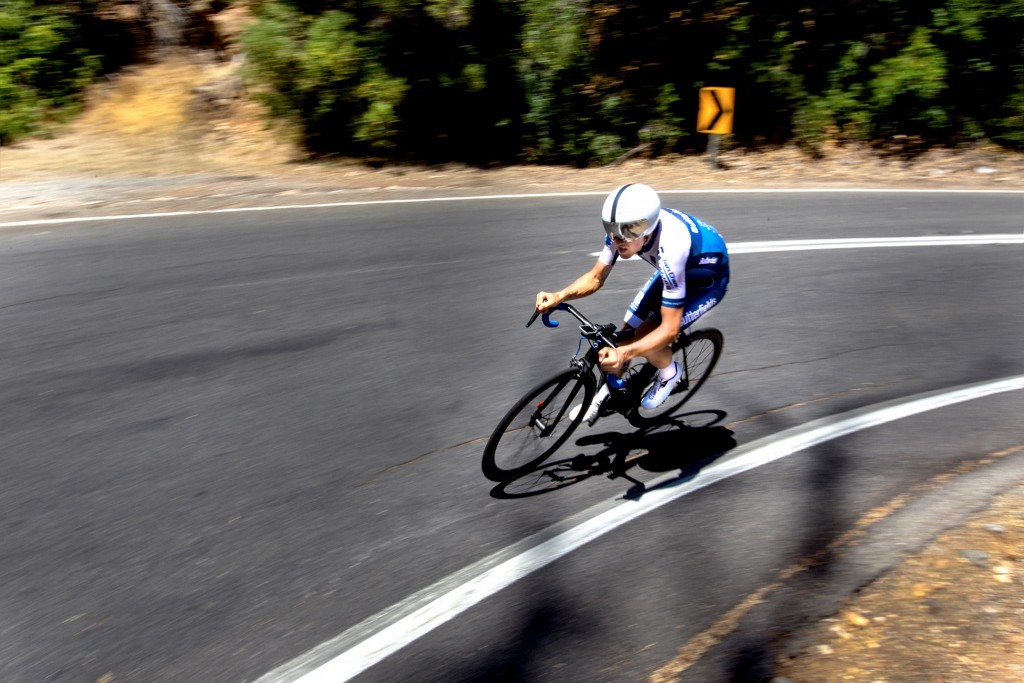 Round 8 – The Only Hill in the Series

The team entered the hill climb with high hopes. Rhys was coming off a top 10 in the Nationals Time Trial, Shaun was in good form and we’d seen the arrival of our Sportful Speedsuits, courtesy of Sportful Custom Australia. Unfortunately this wasn’t quite enough, with Rhys falling just a few seconds short to Cameron Bayly to take second place on the night. He’d get his revenge, a few days later netting the win at the TDU Norton Summit hill climb ahead of Van Hout and Bayly.

Hotdog crits are always hard, and it takes years of experience to learn to rider them efficiently and effectively. Although a strong start with the team managing to stay upright as many riders met the tarmac around them, Tom was forced out with a mechanical and Callum got caught too far back leaving only David and Shaun in the race. With only a handful of riders finishing, David did well to finish in the points.

Round 10 – The Finale
With Shaun out of the fight for the overall, the team was on notice to be aggressive, to look for moves and to impress the large crowd which was present. With everyone wanting to be in every break, a move looked unlikely. Nevertheless a bunch of six riders slipped of the front, with Rhys representing the team and driving the move in an effort to keep the pressure off the team in the bunch. It took a very committed chase from SASI and then CIC-Cervelo to bring the move back. Shaun almost finished the series out with a podium, but was edged out by Ben Hill and a fast finishing Alex Edmondson and Scott Sunderland.

Fourth in the Individual Classification

Third in the Sprint Jersey

Second in the Young Riders Jersey