Now I think over time its become general knowledge that sprinters don’t go up hills quickly, but I won’t let that pigeonhole me. Growing up training in the hills and now spending most of my time around Adelaide chasing Rhys through the hills, they are yet to become my friend, but we are learning to get along. After not having ridden for a week before hand things were potentially going to get tougher again. Once more general knowledge tells you that not training for a week then racing isn’t really the best lead up for a race, but that’s okay, I’m alright with that. Sunday, Monday, Tuesday at work, Wednesday I flew to Melbourne (bike-less) for mums birthday, Thursday was spent as quality time with mum and the sister, Friday I spent with Dad wandering around the Melbourne International Coffee Expo followed by a late night as I proudly watched my mum be inducted into the Cycling Victoria hall of fame after 40 years of service in the cycling community.

An early Saturday morning for a 15km time trial around the outskirts of Mansfield, around the 7km mark my legs just went and the power dropped as I grovelled to the finish line to take 24th place. In better news Rhys took 5th place less than a minute behind the winner Sean Lake. 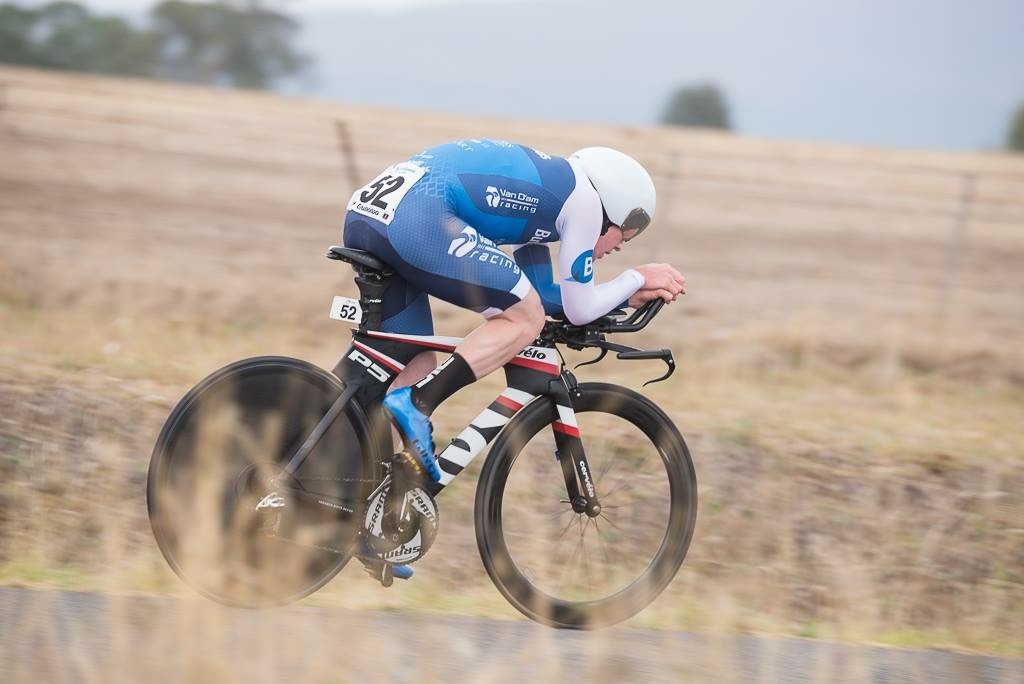 Time to head back to the house for a shower, food and nap before getting ready for an 89km lumpy afternoon road race. We rolled out of the house with less than half an hour to the start and barely anyone was to be seen on the start line all hiding from the rain and the cold. A bit of a turn around as we were racing in 40 degree temps just two weeks ago. As the race began there were a flurry of attacks all of them quickly marked and shut down. Around the 30km mark there were a few moves that went driven by Avanti IsoWhey and very few other teams, I jumped in, sensing an opportunity for the win. We whittled the group down to just seven riders and the scene was set for a break away to win the day, the group consisted of Pat Lane and Oscar Stevenson (Avanti IsoWhey), Tom Kaelser (Focus Physiohealth), Alan Satchell (Anchor Point Racing), Aaron Ross (Pat’s Veg) a rider from Mobius Racing as well as myself. After the break established Ross and myself sat on the back of the group, both of us having team mates within seconds of Stevenson on GC. The group of five swapped off pretty well in front of us, everyone knew the situation and continued without too much arguing. 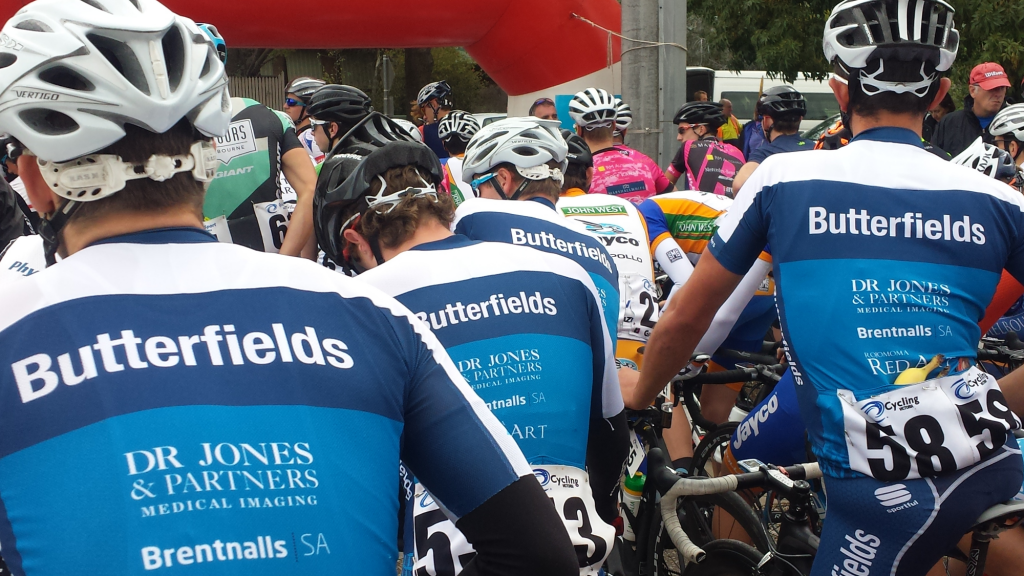 As the hills and the finish line got closer, I could feel my legs starting to cramp with 25km to go. I tried to keep my pokerface on as the kilometres passed by, anything out of the seat wasn’t an option, as we hit the base of the final climb I was dreading the fact that Lane or Stevenson may but in a big attack and I just couldn’t get out of the seat to go with it. Alas a strong steady tempo was set that left a final selection of four (Lane, Ross, Stevenson and myself), then began the attacks from Lane and Stevenson as expected. My legs just couldn’t handle it and up a small incline I had to settle to watch the three others ride away with just 8km to go. As they battled up the road, I dug deep despite the pain to hold off the pursuing field, kilometres ticking by and I finally crossed the line in 4th place.

A big congratulations to Pat Lane on a stellar ride as well as Ross and Stevenson taking 2nd and 3rd respectively. As well as a big thank you to our sponsors at Butterfields Pty Ltd, Sportful Custom Clothing, Dr Jones & Partners, Brentnalls SA, Rojomama Redart and the support from coach Tim Clayton.