2016 Tour Of The Great South Coast

Somewhere back in the history books some great leaders decided to mirror the European cycling season, thus putting the Tour of the Great South Coast into the coldest months and making Australian road cycling and the National Road Series a winter sport. This can commonly lead to racing in sub-optimal weather, evident in today’s wonderful racing…

Stage one was peppered with light showers of cooling precipitation, but it didn’t have a cent on the load Mother Nature had locked and loaded for stage two! A solid third of the way into the seemingly standard bike race, a belting of rain, accompanied by a stinging sheet of hail and wild winds tore through the peloton. Aside from thrilling all the riders and filling them with pure joy, this has a few repercussions…

The last point is the most relevant, the grim conditions allowed some riders to bridge to the leaders, and the leaders to ride away with the race as the rest more focused on feeling sorry for themselves than attempting to win the bike race. 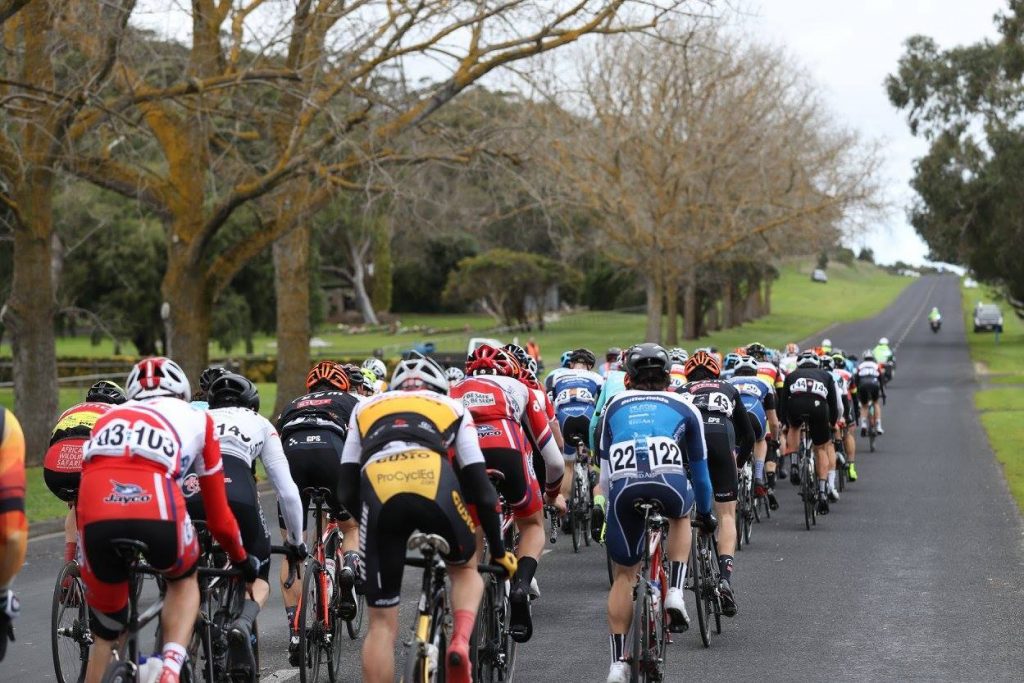 At the start of stage 3 today the weather was looking vastly improved on the previous day’s rain and hail.

Attacks were on from kilometre zero, and in the windy conditions nothing was getting away. The Van D’am boys tried their luck in a lot of moves but it wasn’t to be. It wasn’t until the 60k mark until the break got away. The pace went out of the bunch after the move got away with the bigger teams content with the situation. The only thing to get the heart rate up after this point was when a mob of kangaroos threatened to join the race.

Coming into the finish I was positioned pretty well and ended up slotting into 15th, after getting boxed in the last couple 100metres.

Now to recover and get keen for a rainy, double stage day tomorrow! 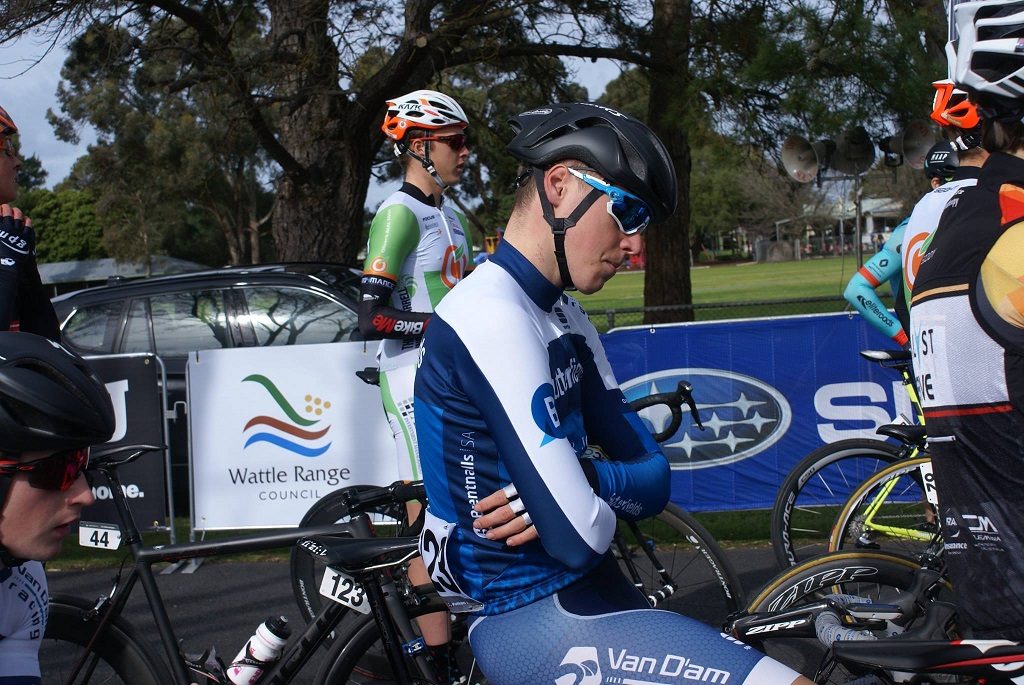 Cycling is a sport of passion and love, this is commonly between riders, races and fans alike. But there are far more stories of love and hate to be told, in the depths of the peloton.

One tale of pure heartache is the turbulent relationship history of the bicycle tire. The bicycle tire has had many failed relationships over the decades, and that was seen again today in stage 5 of The Tour Of The Great South Coast.

As if it were love at first sight between tire and the gaping sink-holes on the road today they rushed together at speeds in excess of 50kph! But as they fell into a loving embrace countless bike riders also fell… To the ground… Which is bad. Which unfortunately was the major talking point of today’s racing. One monumental crash bringing down almost a quarter of the peloton, allowing the break to get a gap which was never going to be brought back.

Moral of the story is huge potholes are bad for bike races, and tires will never find true love. 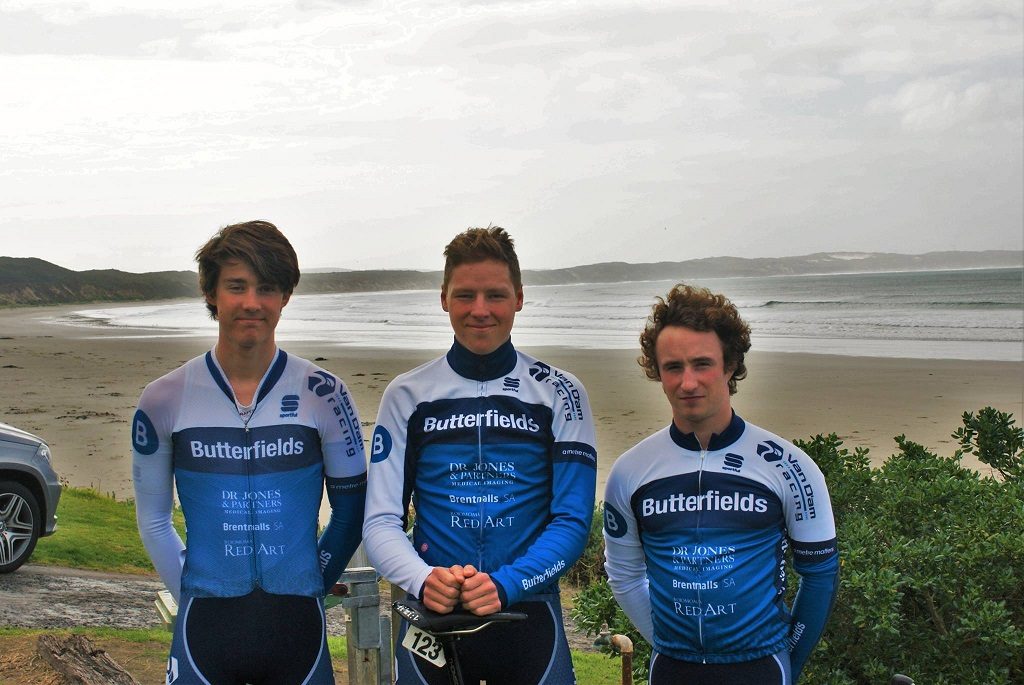 The fourth day and queen stage was always going to be tough day with small margins separating the top GC guys. Arriving in Cape Bridgewater there wasn’t much around except for a few small beach houses and a large amount of wind turbines that lined the hills, always a bad sign. In typical Victorian fashion they were pretty active which meant with a square loop it was going to be crosswinds and a hard day.

The race started off over small rolling hills with our riders trying to stay up near the front and slip into a cheeky move. This race was much different to the previous races as the break went relatively quickly in the first 4km. In the previous road races it had taken around an hours worth of racing, which means things were very fast.

With the break gone the bunch settled down until it hit the steep hills where the KOM was located, and sure enough a few riders were drifting back through the bunch and into the race convoy early on in the race. This was repeated most laps with riders yo-yoing off the back and fighting to get back on.

Sure enough being a loop course, the cross winds doing their job with riders getting shelled on the second and third laps when the bigger teams lifted the pace.

One more stage before having four days off before we get to do it all again at the Sam Mirranda Tour of the King Valley.

Day 5 – Check out the Video on our Facebook Page