Day One Report by Ethan Egglestone

Country towns become the temporary home for many cycling teams throughout the National Road Series season, in this case, we have been treated to Wangaratta and the beautiful King Valley. There are benefits and downsides to regional areas hosting cycling races. One issue we generally face is finding reliable coffee stops to get some pre-race caffeine. That’s not to say that there isn’t good coffee to be found, but rather that it can be hit and miss. Country town cafes are not used to the overwhelming prospect of 150 cyclists, all demanding coffee in an hour before a race. Add to this the variations in preference of beverage desired by a cultural group which spends a quarter of their year either in cafes, planning on which to go to or complaining that they’ve only had 5 coffees for the day.

Today was the perfect example, at a very picturesque winery (Dal Zotto), the staff were woefully underprepared for the influx of lycra wearing coffee snobs. Unfortunately high-quality wines aren’t an acceptable replacement to that pre-race caffeine fix as then they would have been more than in control of the situation. The end result: no pre-race coffee for me.

I can’t really put this down as the reason why I couldn’t average 53km/h over the 9 km course and knock Avanti-Isowhey’s Joe Cooper out of the hot seat, but it will have to do as I don’t have a better excuse. 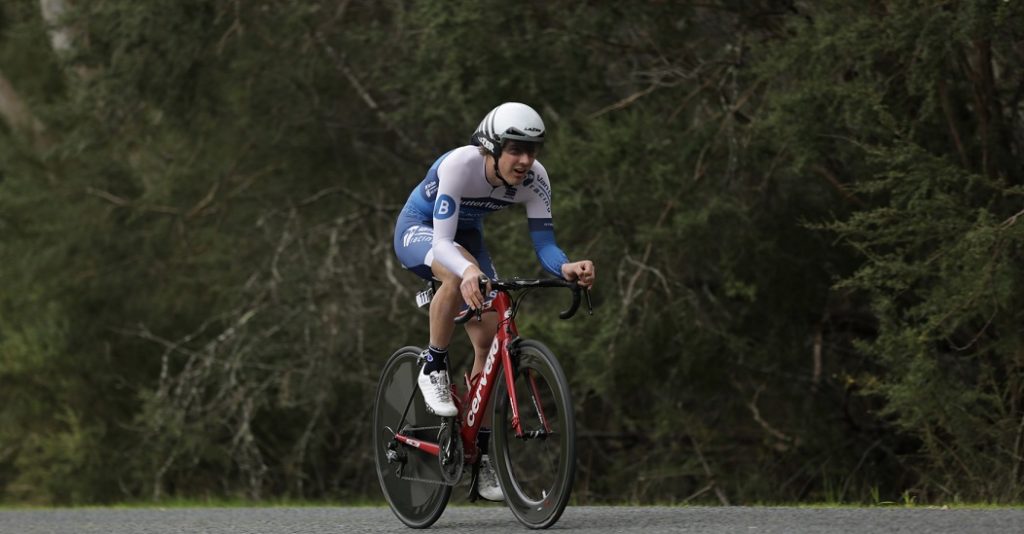 It was an early race start for the lads this morning with the race rolling out at 8am. Today’s stage consisted of the infamous Strade Nero 5km dirt climb half way into the 112 km stage, with one dirt section being tackled beforehand and three afterwards. Callum represented well and managed to slip into what looked to be a really well established breakaway early on in the stage. Unfortunately the other teams thought otherwise. The racing was hot and heavy all through out until we hit the climb which basically splintered the field into many small groups. Unfortunately the team had 5 punctures, including a double for Callum. This spelled the end to their chances.

After getting distanced over the top of the climb I managed to descend my way back onto the leading bunch. I thought an armchair ride to the finish awaited me. Unfortunately a couple of the main contenders suffered punctures and riders dropping back allowed large groups to start coming back across, growing the lead group to about 50 riders. With such a large bunch there was no opportunities to sneak away. Happy to have finished 31st and hoping to improve on that one tomorrow. 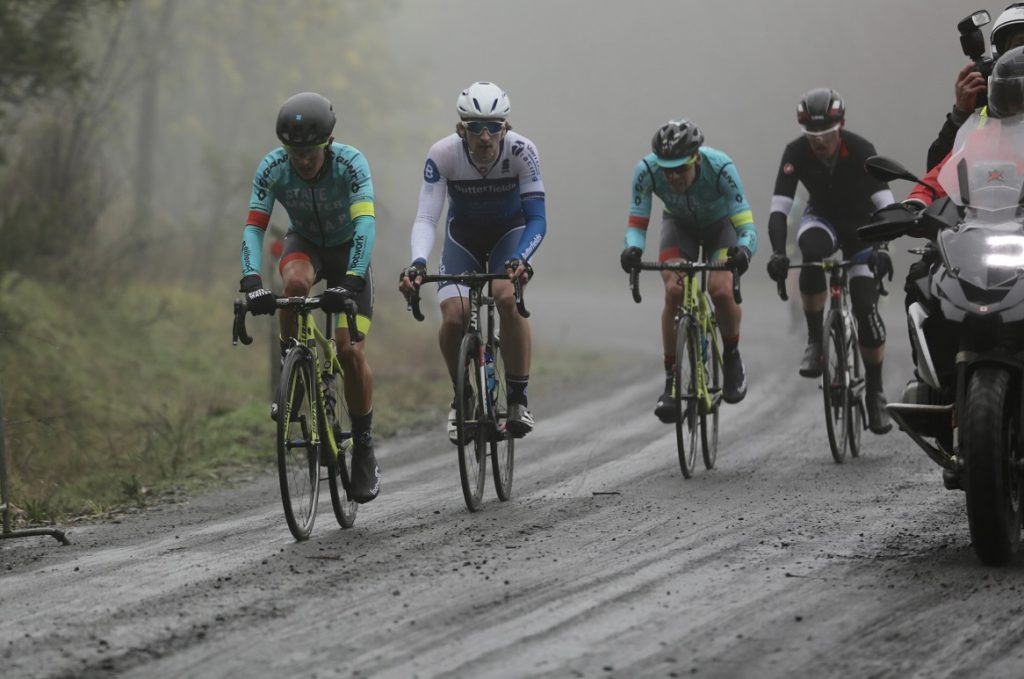 The third and final stage of the 2016 Sam Miranda King Valley Tour of the King Valley consisted of 3 short climbs and about 20 sneaky potholes.

The race started with weather which was very typical of my home state of Tassie, with torrential rain for the first 5 or so kilometers. Thankfully with a few fast decents on the course the rest of the race was relatively dry with the sun even making an appearance.

The peloton struggled to manoeuvre through the pothole littered stage with a few crashes ending the tour early for some riders including our own Tom Allford who was distanced leading into the first climb after being held up with another pothole caused crash.

The experience of my first NRS race has been fantastic and a big thanks has to go to Van D’am racing for the awesome opportunity. Of course this would not have been possible without the support of the team’s sponsors, their support is very much appreciated!