Van D’am Racing is proud to announce that former Commonwealth Games gold medallist Allan Davis is joining the team staff in a mentoring roll to help develop our riders on and off the bike. Not only has Allan joined the team as a mentor, he has also become a sponsor of the team for 2017 through his company Allan Davis Cycling.

Allan Davis Cycling specialises in running group tours both in Europe and in Australia. From their base in the Basque Country Allan Davis Cycling runs tours through Spain, Italy and France. They have many different tour styles and are able to offer custom tours to suit the needs of every traveller. 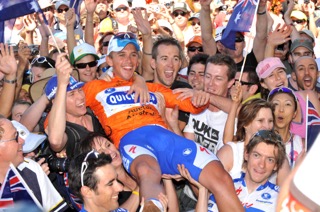 Allan Davis shares a strong connection with the team’s home city of Adelaide, where Davis won the 2009 edition of the Tour Down Under, along with taking multiple stage wins in Australia’s only WorldTour event. It is this race craft and experience that Davis will pass on with the aim of helping riders manage the commitments that elite racing requires. Allan Davis shares the team’s passion for rider development, as shown through his work with United Mint Campus, an American style university based in Spain where he works hands on with the cycling program.

Van D’am Racing will maintain its commitment to developing Under 25 South Australian cyclists, as it remains South Australia’s only elite Under 25 road cycling team.  On announcement of the partnership, team principle Lachlan Ambrose said “we are really excited to have Allan Davis involved with the team. He brings so much experience and has an in depth understanding of the sport and its requirements. He will also be a great resource for the riders to bounce ideas off and help grow them as they develop.”

Van D’am Racing is continuing its push to become one of the best teams in Australia, with Davis joining the team forming part of this planned expansion. For 2017 the team will continue to focus on the Subaru National Road Series as well as using the Victorian Road Series and local South Australian racing to build form and experience.

The team has many exciting new partnerships to announce in the lead up to 2017 while we look to finish 2016 strongly. 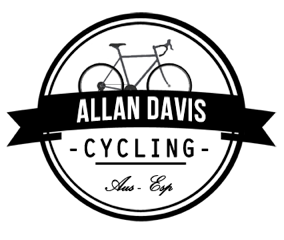