Power- How do we compare?

When it comes to training most of the boys on VDR use a power meter, power meters allow riders to complete controlled efforts and track progress in training.  Using a functional threshold power (FTP) generated from the power meter is one of the most popular ways of developing training zones for more precise and valuable training. FTP is essentially the highest power you are able to sustain for a 60 minute time trial.

Power meters display power in the form of watts. So does that mean the more watts you do the faster you go?

Well kind of, however weight does come into play. Heavier riders will have to do more watts than a lighter rider to go the same speed, making what is known as power to weight ratio measured in watts per kilo (w/kg) more important than raw watts. Power to weight ratio will have a greater influence on steeper gradients, compared to flats or downhills. On flats and downhills you will find that aerodynamics and drag will play just as much importance. Self-acclaimed downhill specialist David Randall believes a few extra KG’s are pretty handy in this department.

So this sparked an idea of mine, how does the power we put out as a NRS level riders compare to the athletes we see on TV in the early hours of the morning riding the Tour de France. Ha-ha well its quite scary to be truthful.

To do this I’m going to mostly be using a power graph found pretty easy on google, this are easily found and seem to be fairly accurate. 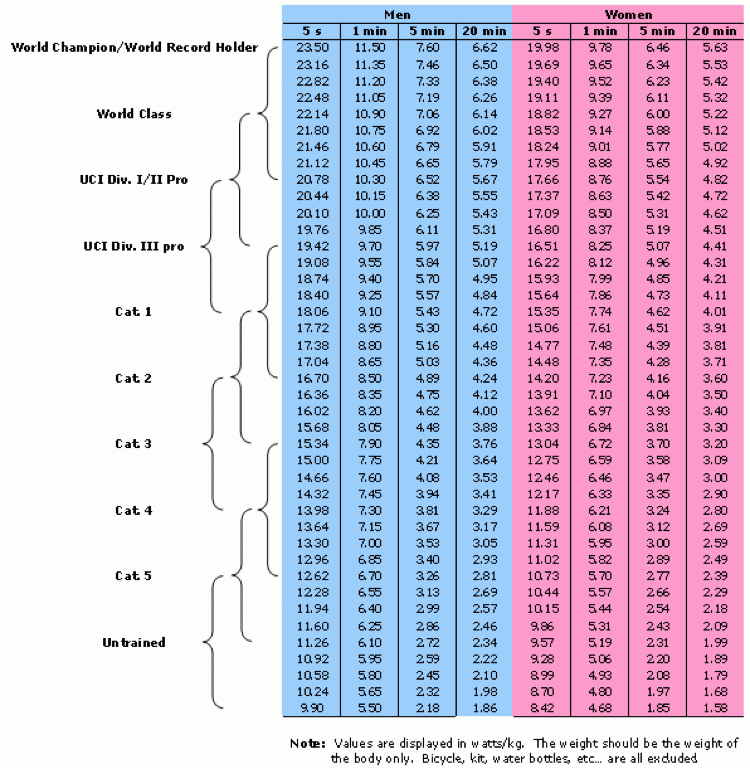 5 second power-   Now 5 second power suits riders who are basically the opposite to me, its an all-out quick burst of power. Road sprinters are seen to pump out between 1100-1500 watts for this time, this massive number allows these riders to reach top speeds on the flats…

Adelaide located crit pig Tristan can hit around 19 watts per kg for this period, putting him in the UCI 1 category.. not bad, he also wanted to mention he can max out at 21 W/KG.

1 minute power-   1 minute power, can be pretty vital coming towards the end of a race, ask Jason about that time he pumped some fat watts up a berg in the NRS to win our teams first stage. 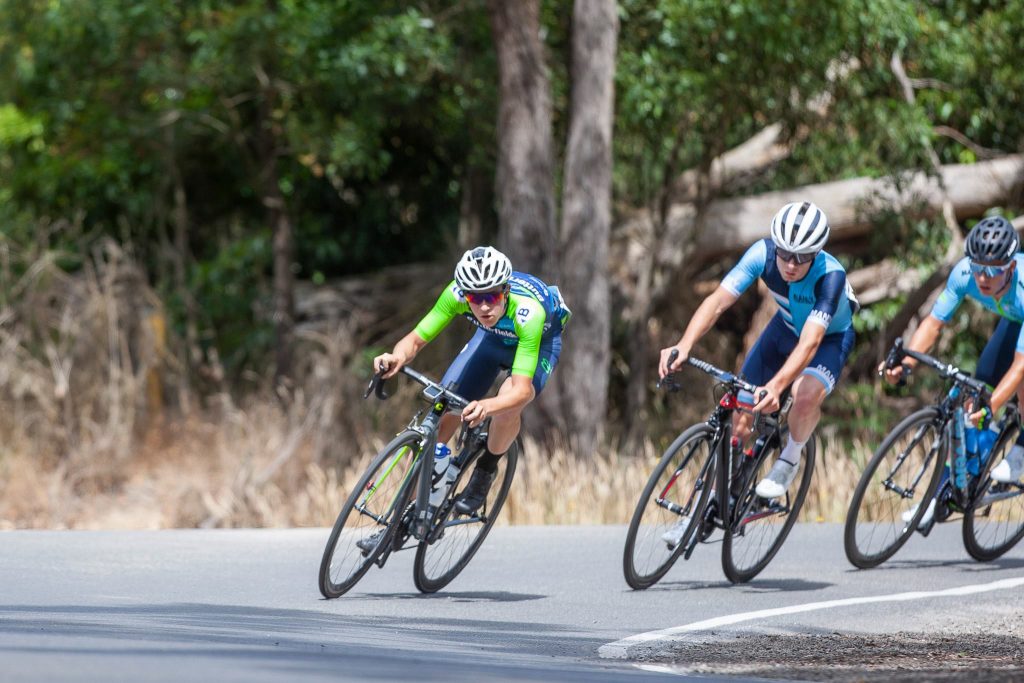 20 minute power-  One for the climbers generally,  professional climbers can hold between 6-6.62 W/KG for 20 mins, pretty scary when 6.62 seems more closer to my 5 min then my 20 min power. As I’m a self-proclaimed climber I guess I should leak mine, 5.8 W/KG.

As you can see it looks like me and my teammates have got a bit of work to do to reach the power of the riders in the professional ranks!